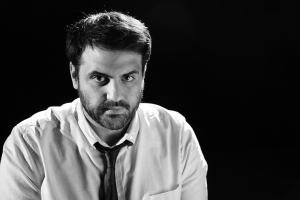 Fausto Barrionuevo is a lecturer at University of North Carolina Greensboro where he earned two MFA’s in both film and creative writing. A native to Miami, Florida with over ten years experience as a video editor and story consultant, his most recent collaboration was on a feature-film documentary entitled Union Time: Fighting for Workers’ Rights. His creative work ranges from poems published in several journals, such as Off the Coast: Maine’s International Poetry Journal, and decomP magazine, where his poem “Ground” was nominated for a Pushcart prize in 2011, and his short film debut Weight, which was recently accepted to RiverRun International Film Film Festival NC Short category and part of the top ten selected films for Carnegie Mellon International “Faces” Film Festival. Currently, he is working on a short animation and a full length graphic novel.