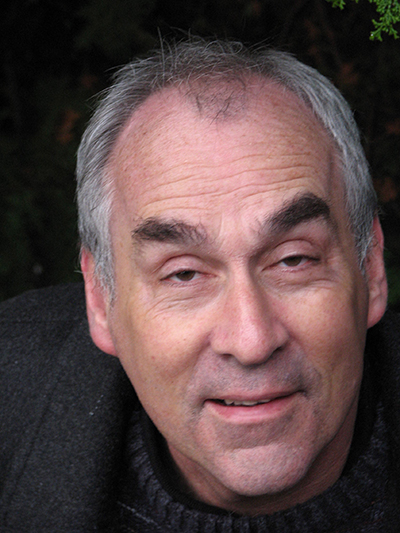 Matthew Barr. has always had a deep interest in filmmaking: he made his first 16-mm film with a Bell & Howell wind-up camera when he was 13. He holds a BA from San Francisco State College and an MFA from UCLA in film production. He has worked as a still photographer, been a freelance screenwriter, worked on an organic farm, driven a rig cross country, and spent five seasons with a traveling carnival show.

As a screenwriter, he co-wrote the scripts for two movies produced in Hollywood, Deadly Blessing (1981) and The Forgotten (1989), as well as other scripts that were optioned but never saw the light of day. While teaching at the University of Miami In 1990, he moved into documentary production with Crimes of Hate, a film produced in conjunction with the Anti-Defamation League as a training tool for police departments in recognizing and combating hate crimes.

Barr has made four feature-length documentary films that have won acclaim and are in the collections of the American Folklife Center at the Library of Congress as well as online at Folkstreams.net. Crimes of Hate and Wild Caught have both had extensive use as political advocacy films.

He has taught film production at the University of North Carolina, Greensboro since 1994. Together with his wife, Cornelia Wright Barr, he founded the Unheard Voices Project in 2006.

Barr teaches screenwriting and studies classes, including the popular class “Movies that Matter.” Barr’s films deal with the effects of deindustrialization and globalization on working communities. They include “Carnival Train” (1999),  “Wild Caught: The Life and Struggles of an American Fishing Town” (2006), “With These Hands: The Story of an American Furniture Factory” (2009), and “Hungry for Green: Feeding the World Sustainably” (2010).

In 2016 Barr completed “Union Time:Fighting for Workers’ Rights”, a feature-length documentary about the successful fight to organize a union at the world’s largest pork slaughterhouse, operated by Smithfield Foods in Tar Heel, North Carolina. This film is now being shown in academic venues, to community groups, and to film festivals.

In 2018 Barr received a $5,000 Faculty First grant to tighten Union Time. The film has gone on to win the  Best Documentary Feature award at the Workers Unite Film Festival, the nation’s largest worker-related film festival. The film has also been shown at labor film festivals in Japan and Sweden, and is distributed by Kanopy and The Video Project. It is also utilized to train and inspire unions across the US and Canada.

In 2020 Barr is launching the “Unsung Heroes of the Civil Rights Movement Visual History Project”, a video archive of interviews with civil rights movement veterans. “Unsung Heroes” is a project sponsored by Media Studies along with University Libraries and the Department of History.